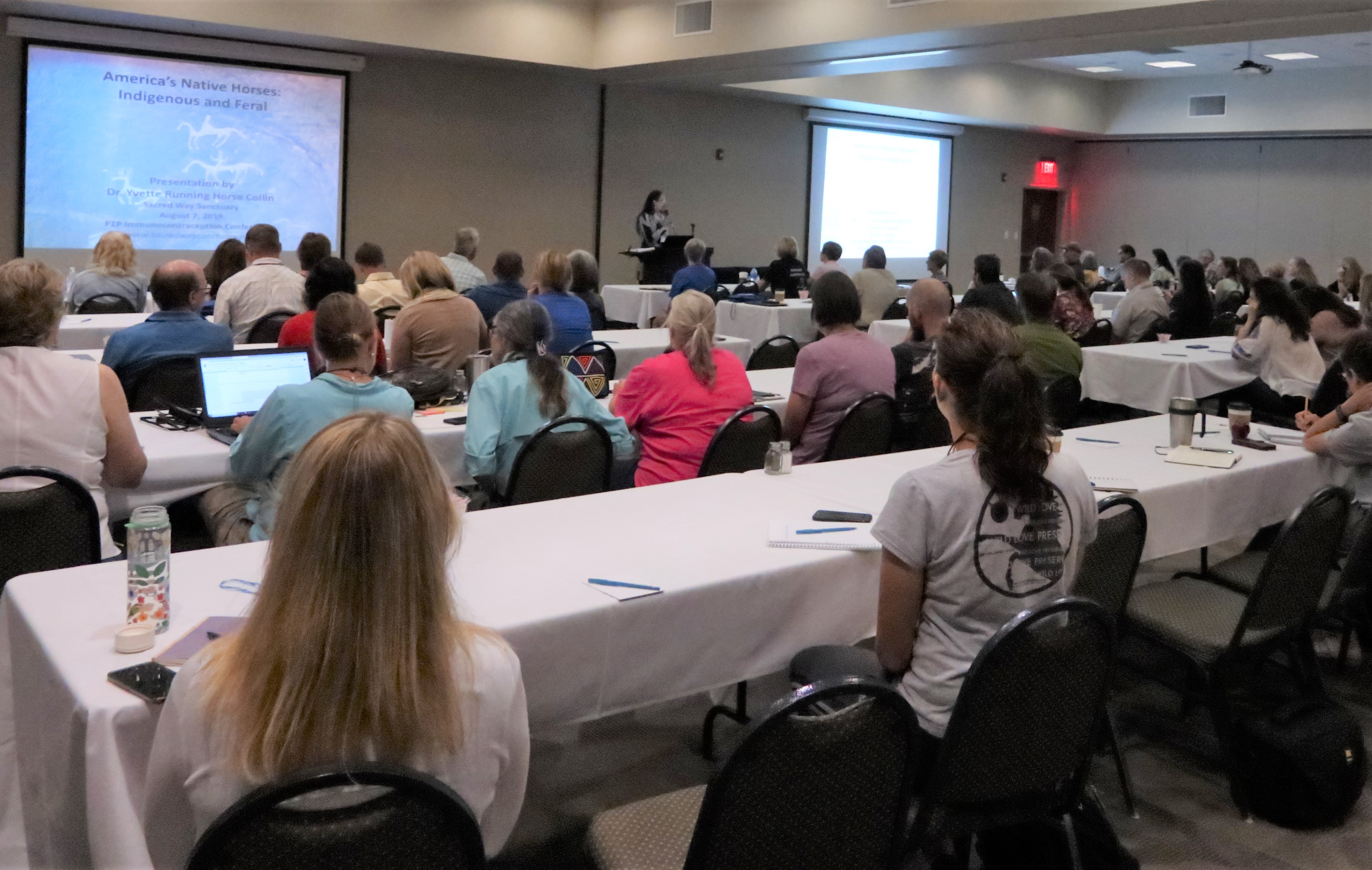 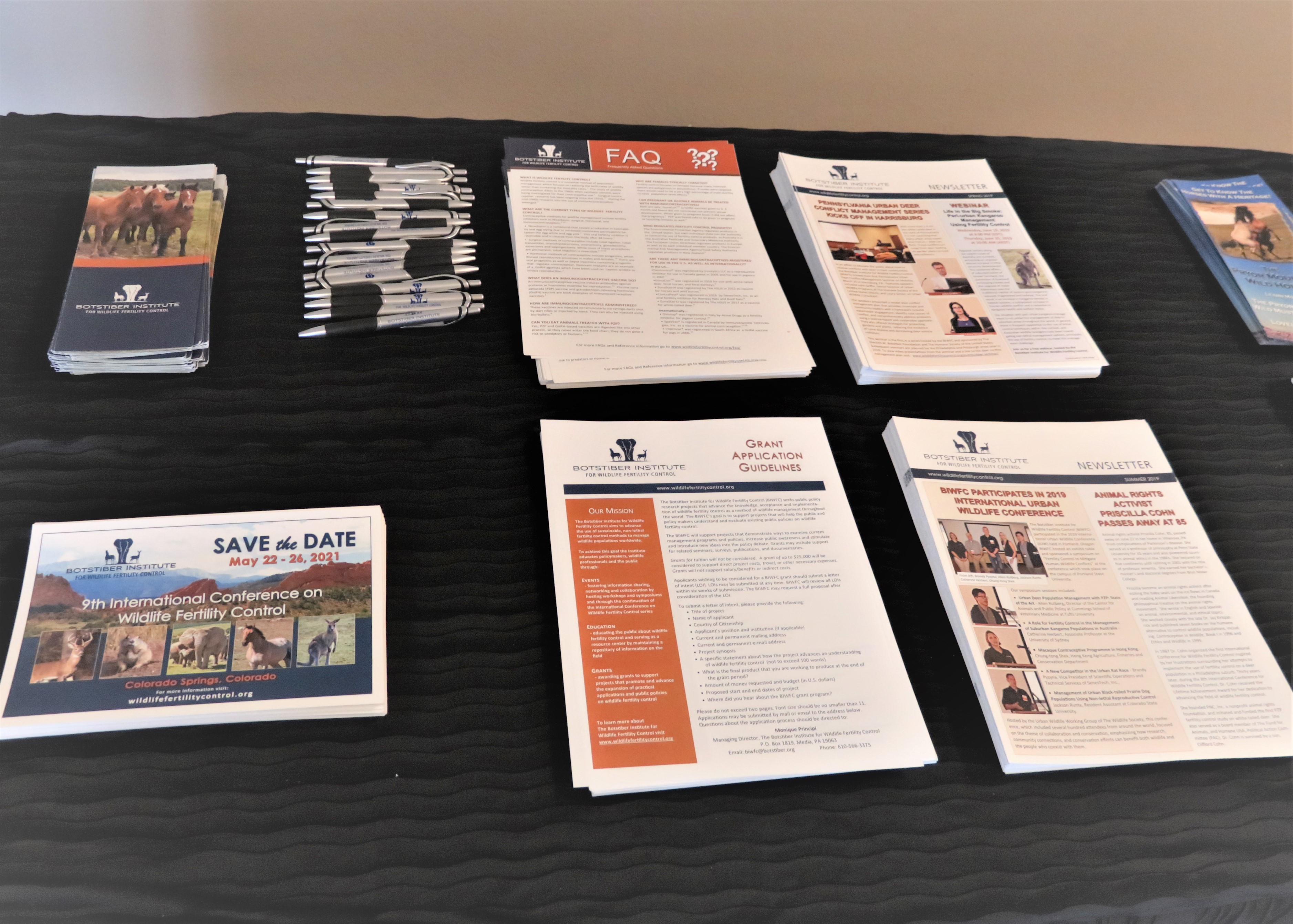 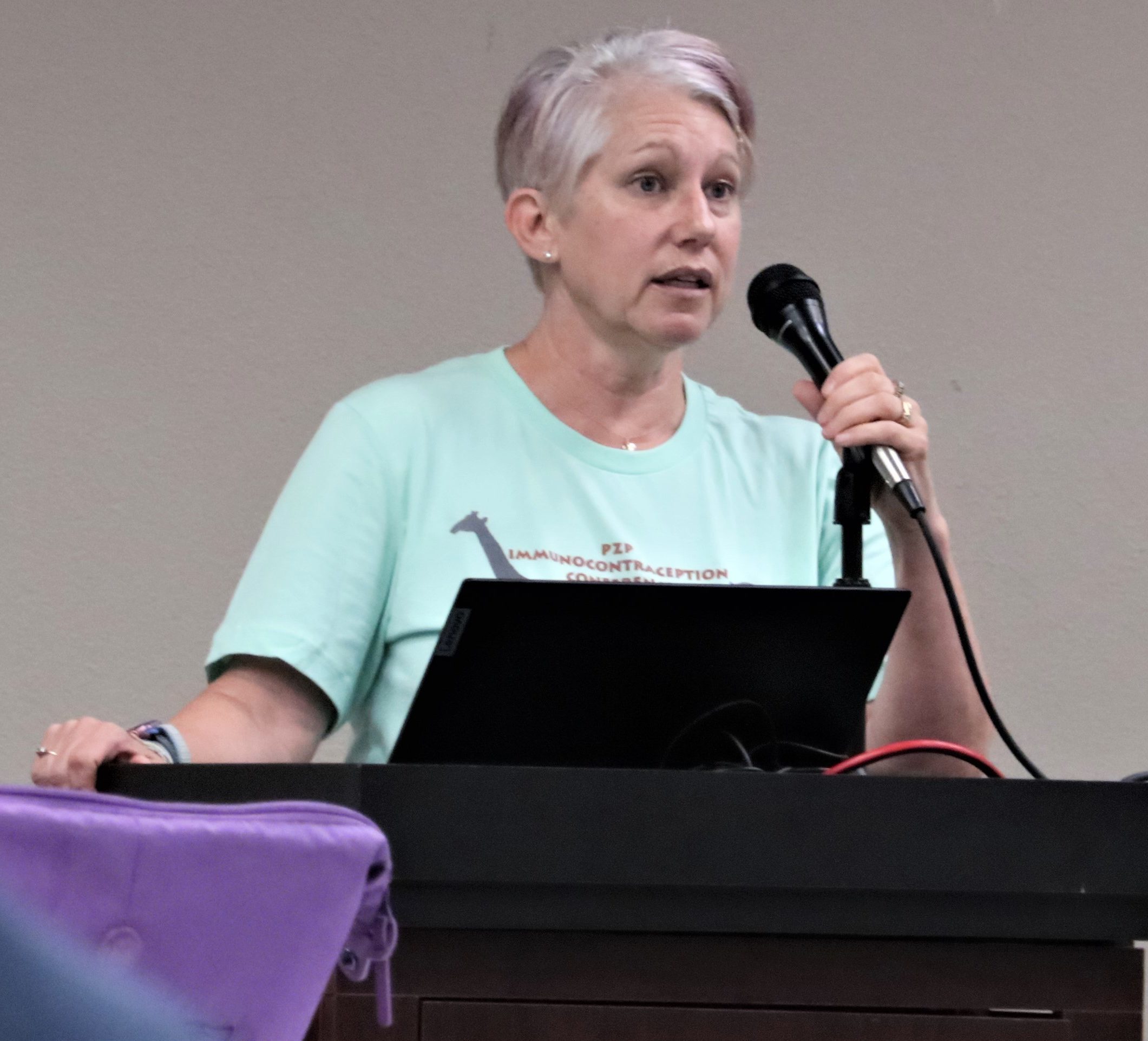 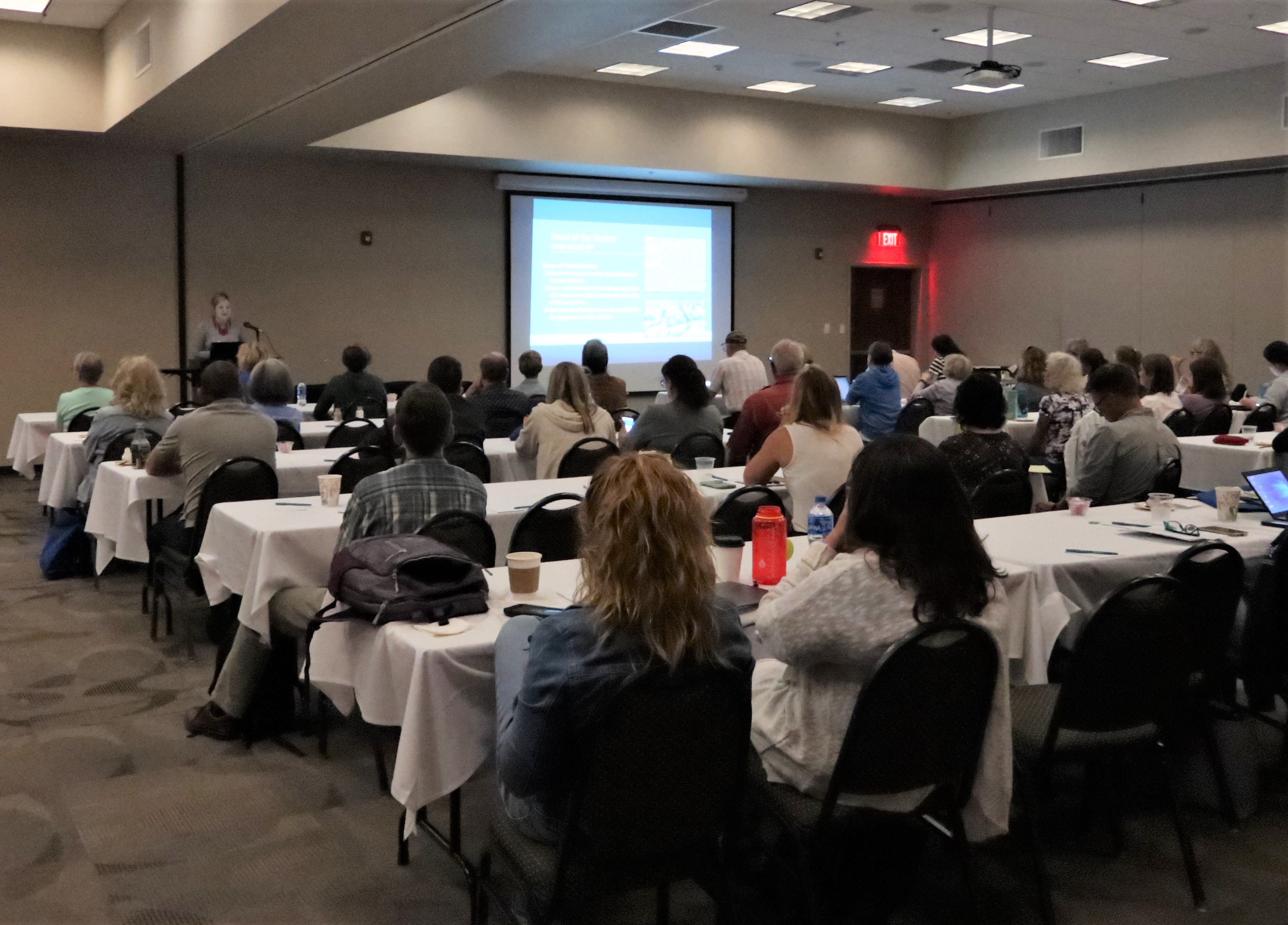 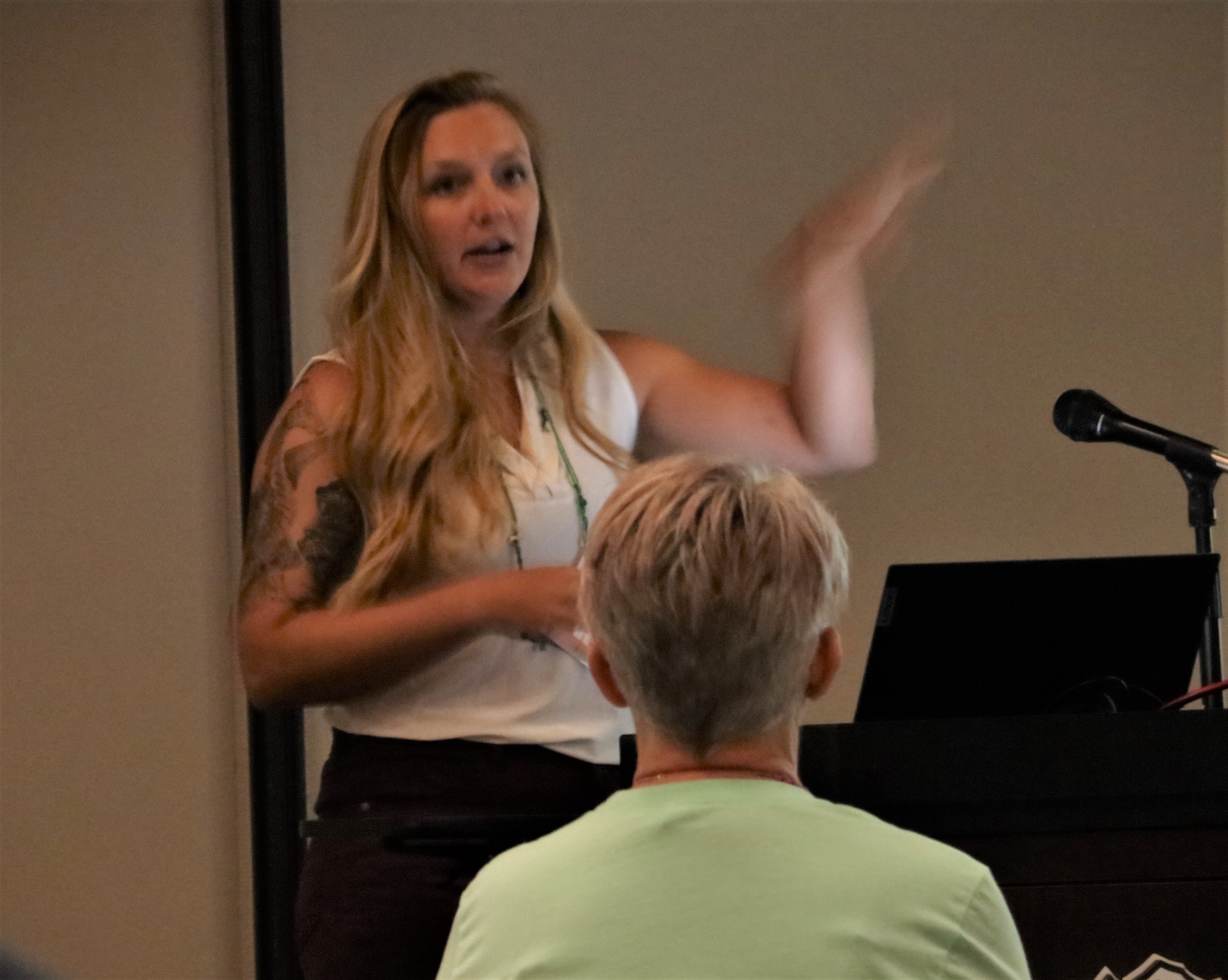 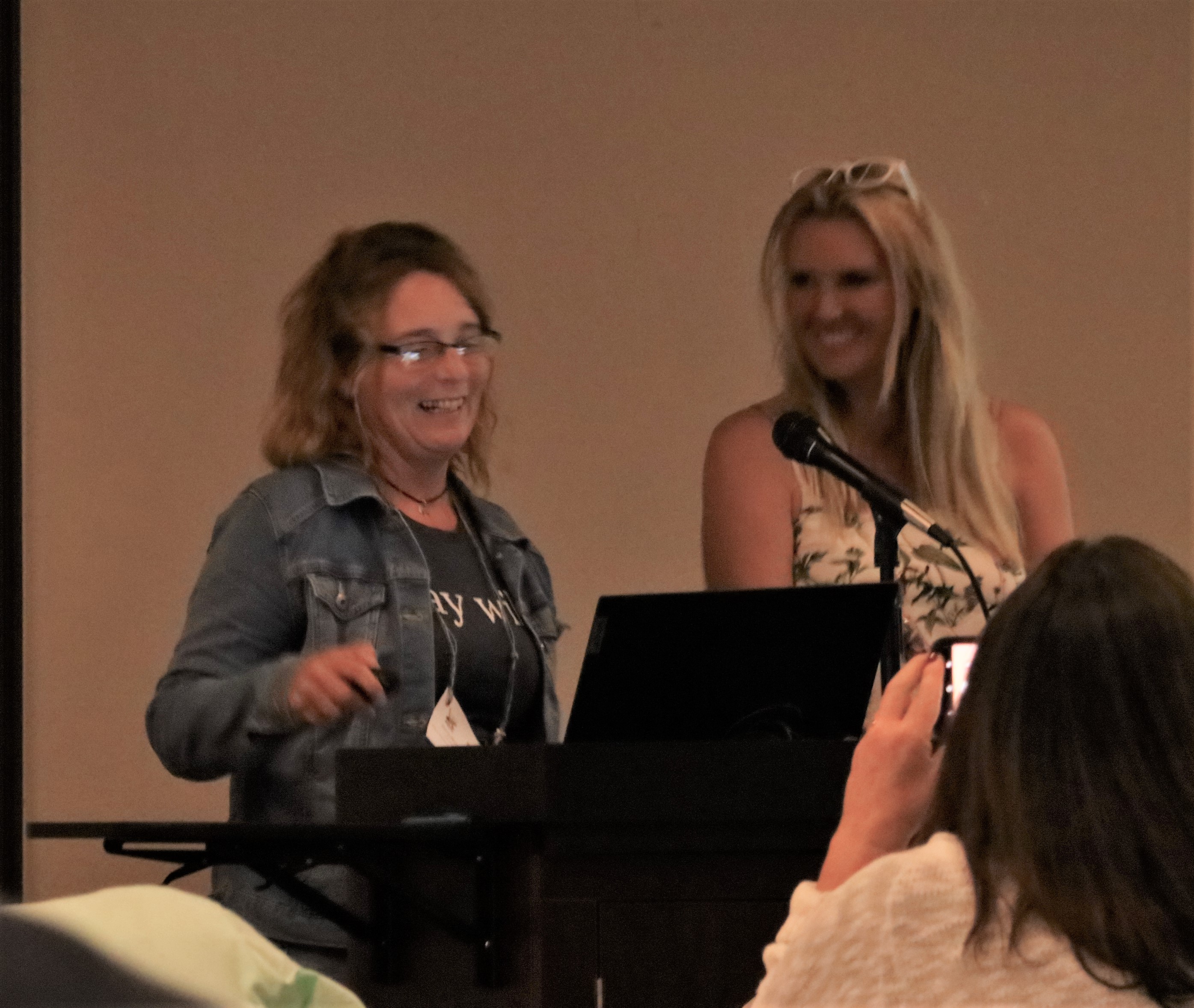 The PZP Immunocontraception Conference, which was sponsored by BIWFC and hosted by the Science and Conservation Center (SCC) in Billings, Montana, drew 101 representatives from various government agencies, NGO’s, tribal communities, sanctuaries, and universities as well as international delegates who work at controlling wildlife populations with PZP Immunocontraception. The conference provided an opportunity for PZP users to meet, network, and learn from each other by sharing their project experiences. It was also an excellent opportunity to update non-profits, field office managers and specialists, and mid-level agency managers or program leads on the latest immunocontraceptive research. In addition, researchers, who are advancing PZP technology, discussed and updated the attendees on current and ongoing research, and shared what the future of fertility control may hold.

Speaker presentations included work with wild horses, urban deer, burros, bison and elephants. The conference began with the history of PZP, when Dr. Jay Kirkpatrick and Dr. John Turner started their work in Immunocontraception. This led to perspectives on wild horses as native or non-native, which were thought-provoking, especially alongside presentations about the genetics of wild horses. Other presentation subjects included peacebuilding and transforming social conflict in wildlife and conservation issues, government-supported fertility control research, analysis of aerial surveys, policy and population modeling, rangeland ecology, the role of sanctuaries, tribal management challenges, standardizing documentation, the EPA’s role, and new research. (CLICK HERE to view the conference presentations.)

While participating in the inaugural PZP Immunocontraception Conference, BIWFC Science & Policy Director Stephanie Boyles Griffin offered the following report on the efforts to advance the use of more effective, humane, sustainable, nonlethal methods for addressing conflicts and promoting coexistence with wildlife.

The three-day PZP Immunocontraception Conference was organized by the Montana-based Science and Conservation Center (SCC), and sponsored by the Botstiber Institute for Wildlife Fertility Control and Zoo Montana. More than 100 representatives and delegates from government agencies like the Bureau of Land Management (BLM) and the U.S. Forest Service, non-governmental organizations, tribal communities, sanctuaries and universities were in attendance.

The majority of the participants currently use the immunocontraception vaccine Porcine Zona Pellucida (PZP) as a humane, non-lethal and sustainable way to manage wildlife populations at sites and locations around the world.

The development of PZP as a wildlife management tool was born out of a growing shift in the way we interact with the natural world. Urbanization, development and human population growth have caused real or perceived conflicts between humans and wildlife to grow exponentially throughout the world, and as a result, each year, millions of wild animals are killed. Traditional approaches attempting to address such conflicts have focused primarily on institutionalized, cruel and lethal management methods, including the use of firearms, archery, body-gripping traps, snares, toxicants, spears and drowning.

The Humane Society of the United States (HSUS), and its affiliates, believe that fertility control offers a humane, non-lethal alternative to the lethal management of wildlife, and since the late 1980s, has been working with the SCC, researchers, federal, state and local agencies, and other NGOs to develop the PZP vaccine into a safe, effective and practical tool for the humane management of wildlife populations globally. These wildlife fertility control practitioners are currently working on improving field techniques, demonstrating the effectiveness of immunocontraception in the field, refining the vaccine manufacturing process and developing training standards. To that end, the conference featured presentations from HSUS and HSI staff members and partners about ongoing research to advance the use of PZP as a humane and sustainable wildlife management tool.

Grace Kahler, Wildlife Field Manager in the HSUS’s Wildlife Protection Department, shared highlights of the Platero Project, a four-year pilot project being conducted by the HSUS in partnership with the BLM to study the feasibility and logistics of applying PZP to a herd of wild burros in northwestern Arizona. Dr. Harm HogenEsch, a Professor and Associate Dean in the College of Veterinary Medicine at Purdue University, and a valuable partner in our efforts, presented on the Next Generation PZP Project—a study designed to develop a longer-acting, replicable and cost-efficient PZP vaccine formulation.