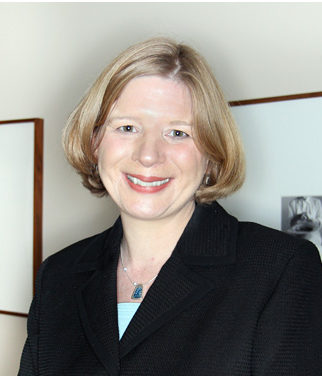 BIWFC: Will you provide some background on what is being experienced with the urban deer populations in Ohio?
LB: Ohio’s is probably a similar story to many other states and communities. Without natural predators and with a supply of food from urban gardens and parks, deer have adapted well to urban environments, and herd sizes can grow quickly. (In our Neighborhood of Clifton, for example, the Cincinnati Parks measured a 30% increase in the population in the year before our program began). The resulting human-wildlife conflict is driving massive lethal – and often inhumane and ineffective – efforts to reduce herd sizes in Ohio and nationwide.

BIWFC: How is this issue currently addressed?
LB: The Ohio Department of Natural Resources (ODNR), like many other state wildlife agencies, promotes sport hunting and regulates the allowable “harvesting” to manage herd sizes in rural areas. However, hunting is not permitted in many urban areas, including most of Cincinnati. In 2007, the Cincinnati Park Board began a deer management program in selected city parks (initially using police sharpshooters, but for budget reasons then switching to volunteer bow hunters). Between Fall 2007 and Winter 2017, 1,354 deer were reportedly killed in 10 city parks, with 919 of those killed by bow.

In 2014, the Park Board announced that bow hunting would be extended to several additional city parks, including three in the Clifton Neighborhood. Many Clifton residents, including the founders of CliftonDeer.org, objected to the plan, and in response, the Park Board agreed to suspend bow hunting in the three Clifton Parks and to collaborate with Clifton residents on the development of a pilot non-lethal alternative. Our program was approved by the Park Board in February 2015 as a 5-year pilot study, and ODNR is allowing the program to operate under a research permit. We operate in a ~1 square mile study area comprised of the Clifton Parks and surrounding neighborhood, and started with a herd size of approximately 100 deer.

BIWFC: What is the goal of your project, including the volunteer training? 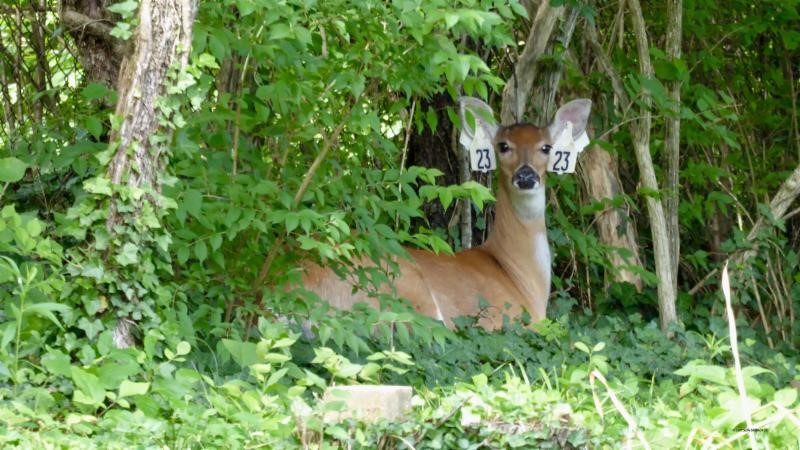 LB: The motivation and goal of the program founders is to contribute to the holistic health of the community by preventing the unnecessary suffering and sometimes terrifying death of deer in our small urban parks, while also working to humanely reduce the deer population in order to minimize deer-human conflicts.

The primary objective of the study is to assess the cost, feasibility, and population impacts of a white-tailed deer capture and sterilization project in a densely developed urban community. Ultimately, the goal is to determine the lowest deer density that can be achieved with only non-lethal management techniques given potential immigration effects.

A secondary objective is to assess the feasibility of training local volunteers to conduct capture and surgical operations with minimal professional consultant staffing. This is more than a simple academic exercise for us; the long-term sustainability of the program (and our ability to potentially expand it to include other communities) rests on our ability to reduce our costs to a locally sustainable level.

BIWFC: What are the results so far?
LB: Our January 2018 population survey documented that, in the 25 months following the sterilization of the first doe in our Program, we have sterilized ~91% of the adult doe population in the study area and that the total number of deer in the study area had decreased by approximately 19%. Community acceptance and involvement is growing, and thanks to grants received to support our training efforts (including a generous grant from the Botstiber Institute for Wildlife Fertility Control), several local veterinarians, a registered vet tech, and a capture specialist/darter are participating in our training program as volunteers.

BIWFC: What is the next step?
LB: First, we hope to treat enough of the remaining does to achieve our target 95% sterilization rate. By sterilizing this critical mass of the females in a deer herd, herd growth through fawning, which can exceed 25% per year for urban deer, should dramatically decline and the deer population will be stabilized (i.e., the primary additions to the population will be through immigration, not births). Thereafter, we anticipate the population will gradually shrink through natural attrition.

Second, with an eye toward the long-term viability of the Program, we are attempting through our training program to transition to greater local self-sufficiency.

Third, we are continuing collection and analysis of empirical data on migration patterns and changes in population levels through field observations and a post-operations camera survey. With an additional year of data, we will be able to answer with more assurance the all-important question of how effective fertility control can be as a non-lethal tool for reducing overabundant deer herds in open urban settings to an eco-sustainable level.

And finally, an informal study of browsing impact on native plant species and forest regeneration is underway to help determine what an ecologically sustainable herd size might be for our neighborhood.

BIWFC: How do you plan to use these results?
LB: We hope our program can serve as a model for other communities as they grapple with human-wildlife conflicts.