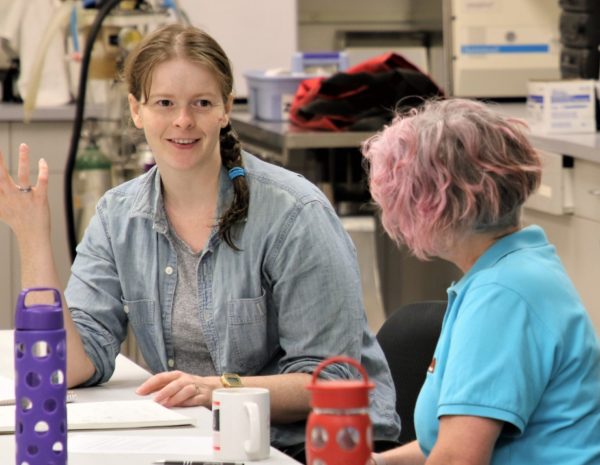 Tell us a little about your background in video production and what you do for the BIWFC?
I trained as a photographer beginning with photographing football, portraits and other stories for my college’s daily paper (University of Southern California), but I started learning how to work with video in 2008 when DSLR cameras incorporated video technology into a still camera for the first time. Since then, I have worked on photography and video projects for non-profits and private clients, and now the work I do is an even split between the two types of work.

I began working with the Dietrich W. Botstiber Foundation in 2018 when I moved from Brooklyn to Pennsylvania, and Monique Principi and I immediately sat down to discuss what BIWFC needed. She already had the seed of an idea about a video that could help more people understand what wildlife fertility control is. We were interested in this educational video idea, but Monique also wanted to make sure that seminars and panels could be recorded and shared, so we also work on more practical video applications like recording speakers at conferences.

The film, “An Overview of Wildlife Fertility Control,” is about to be released. Tell us about what it was like working on this project. 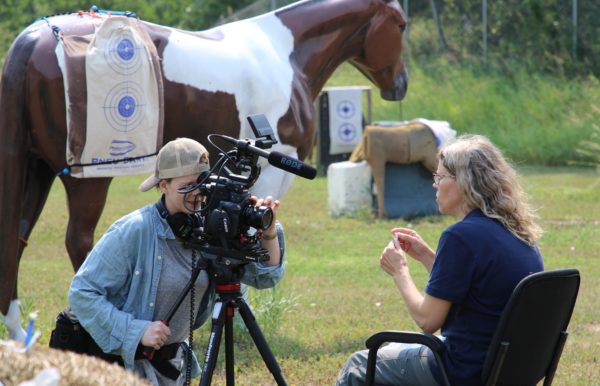 Working on this project was great fun and a significant challenge! We did not have a film crew, so I was working as a one-woman band with a significant kit of gear in some very interesting locations. Thankfully, the BIWFC team (Rose Lombardo and Rachel Soroka) was very hands-on and I always had someone with me to help solve any logistical issues. Rose and the majority of her family works in media, so she came in with a strong understanding of conducting interviews and the flow of production. So, with that support and with Stephanie Boyles Griffin’s incredible wildlife knowledge and connections through her work with HSUS, and Monique’s fantastic directing and coordinating work, we had a great team. And of course, we had the full support of the Botstiber Foundation (Valerie Arapis, Terrance Kline, Carolyn Rauch and Bianca Robinson), which was pivotal in being able to produce such a lengthy project.

One challenge we encountered was having limited time to work with for the location filming. I am still very surprised that we did obtain all the footage we hoped for. When you are working with wild animals, you can go out to the places you know they hang out, but, you can’t guarantee that they will be there at the time you hope. That’s why most nature photographers and cinematographers are out in the field for days at a time, waiting for that perfect moment and learning all about the animals’ habits. I think we were probably benefiting by proxy of working with Stephanie… she has built up a lot of good animal karma because she is always on the lookout for animals that need help. I’m only half joking… I think the animals must just feel safe to come out when she’s around. As Ginger Kathrens said during her interview, “… the horses know when friends are nearby.”

Another big challenge, as with any story, is that there are many points of view in the growing field of wildlife fertility control. How do you collate all this into one cohesive narrative? We wanted to find a way to present many points of view without endorsing any particular method. And we wanted both the general public to understand, and to also create a video that would be received well and help the field. Each person who is presented in the video has a different role to play and a different story around the work, and editing their interviews down to brief segments that anyone could understand (without diluting the complexity of their comments) was an incredible editing challenge. 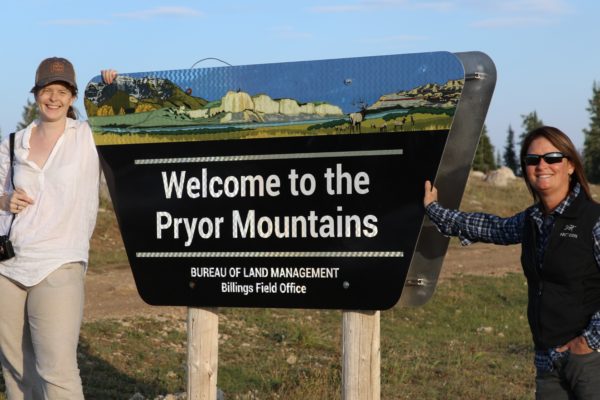 You travelled to so many sites throughout the United States to conduct interviews with people associated with the field of wildlife fertility control. Does any particular trip stand out for any reason?
All our trips were exciting and memorable (you couldn’t ask for better travel companions than the BIWFC team!) but I would have to say that our trip to Montana was probably the most unexpected. I don’t think I’ll ever forget watching the wild horses in the Pryor Mountain, nor will I forget Stephanie white-knuckling our vehicle down the access road, which was probably the rockiest road I’ve been on in the continental US.

Will you tell us more about what is like making educational videos and what recommendations you may have for others who seek to do similar projects?
I think educational films are much like any other sort of nonfiction film work. Everyone’s working methods are different, but for me, I believe to be effective, you need to develop an understanding of the topic you’re working with, spend time talking to the key players, and spend a lot of time planning. The ratio of planning and logistical work to actual thrilling shoot time is probably 10:1. The work requires a great deal of patience and behind the scenes work. You also have to be able to think on your feet and be very prepared from a technical standpoint, because much of this type of filming is in odd locations where a lot of things are out of your control (whether that’s florescent lighting in a lab, weather, wild animals, or the time it takes to get up a rocky mountain road).

Just like any type of photography or filmmaking, the more you prepare – your mental headspace, your equipment, location conditions and your vision of what you might create, the more likely you’ll be ready in the moment to improvise and be able to capture the scene effectively. As with any type of narrative including humans, this type of work also is very much about relationships. We simply could not have been successful with this piece if we had not been working with Stephanie, who has such a long history in the field and understood instinctively who we needed to get on camera.

On the BIWFC website, there is a library of short videos as well. Can you tell us about how those take shape? 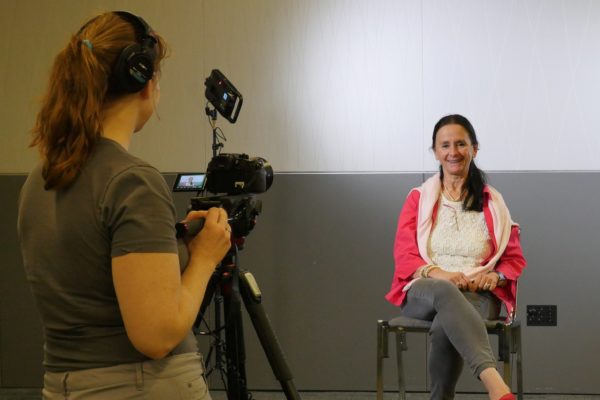 Much of the work I do with non-profits and artists takes shape in the form of 2-4 minute videos, which has been informed by the rise of social media and the idea that in this era, we have to get complex ideas across in ever shorter amounts of time. So, even if I am working on something longer, I tend to be aware while filming of each “vignette” that builds a larger narrative and will actively try to collect material that could be used in other ways. At some point during the editing process, we felt this piece was too long, and had cut the narrative down significantly. And I can’t remember who said it, but I think we all agreed that there was an abundance of material not actively being used in the overview video that we didn’t want to sit on the shelf. Since I already had the mindset of shorter vignette videos, I started drafting out a few 3-4 minute pieces from the specific projects we had visited, and BIWFC and their audience was engaged, so we decided to make more of them.

Do you have plans underway for future video projects with BIWFC?
We are just beginning to think about what we might be able to work on next after a long production hiatus caused by the global pandemic. I think there might be some filming of a deer-related project soon, whenever it is safe!