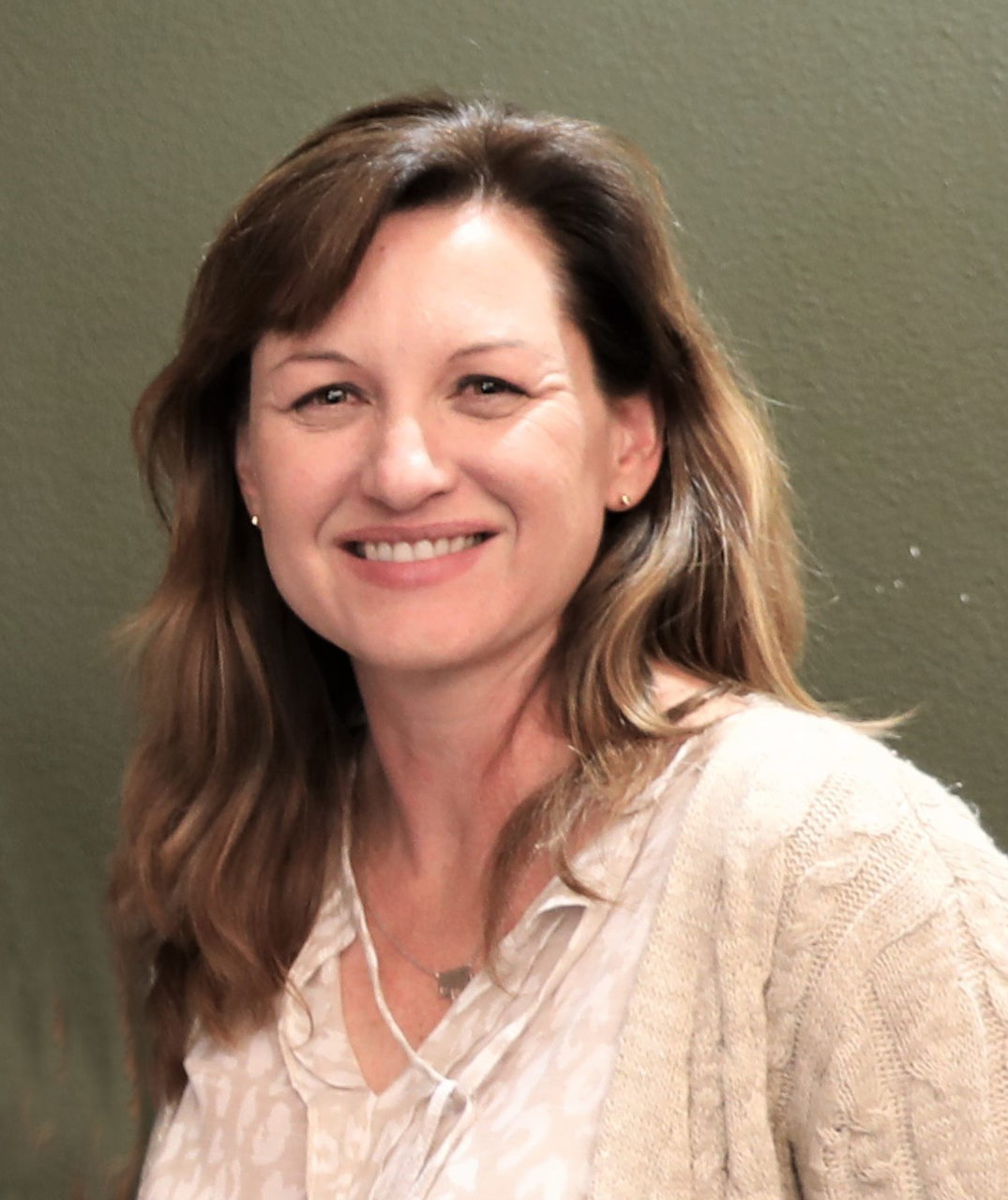 We asked Audrey Delsink, Wildlife Director of Humane Society International/Africa, to discuss her work with African elephants as well as the use of fertility control in managing human-elephant conflicts.

How did you become involved in the field of wildlife fertility control?
I was studying elephants at a private game reserve and management was approached to sell young elephants to zoos abroad to reduce the carrying capacity. Thankfully, our management knew that this was not the right thing to do and we started to look for humane alternatives. Shortly thereafter, I attended a conference in Kruger National Park, where the scientists were just completing the field trials of PZP immunocontraception, with sponsorship by The Humane Society of the United States. I introduced myself, my work, and my studies of the reserve’s elephants to the then Head Vet managing the program. The rest is history!

Describe some of the most common conflicts between humans and African elephants, where they tend to occur and why.
African elephants are threatened by habitat degradation and destruction, and burgeoning human populations. As a result, elephants are being squeezed into smaller and smaller areas by the growing human population and human activities. In South Africa, elephants are confined by fences to protected areas or reserves, and thus exist in fragmented populations across their former ranges. With immigration no longer possible (due to fences) and with an almost zero natural mortality rate, elephants are capable of breeding at very high rates largely due to irruptive growth (a rapid density-independent period of growth particularly in newly established reserves).

This can exceed the capacity of the land on which they live and increase pressure, particularly amongst bulls. This can lead to breaching of perimeter fences in search of more palatable and nutritious human crops or water resources outside of protected areas, which causes damage to resources and livelihoods.

What role can fertility control play in resolving conflicts between humans and elephants in South Africa? 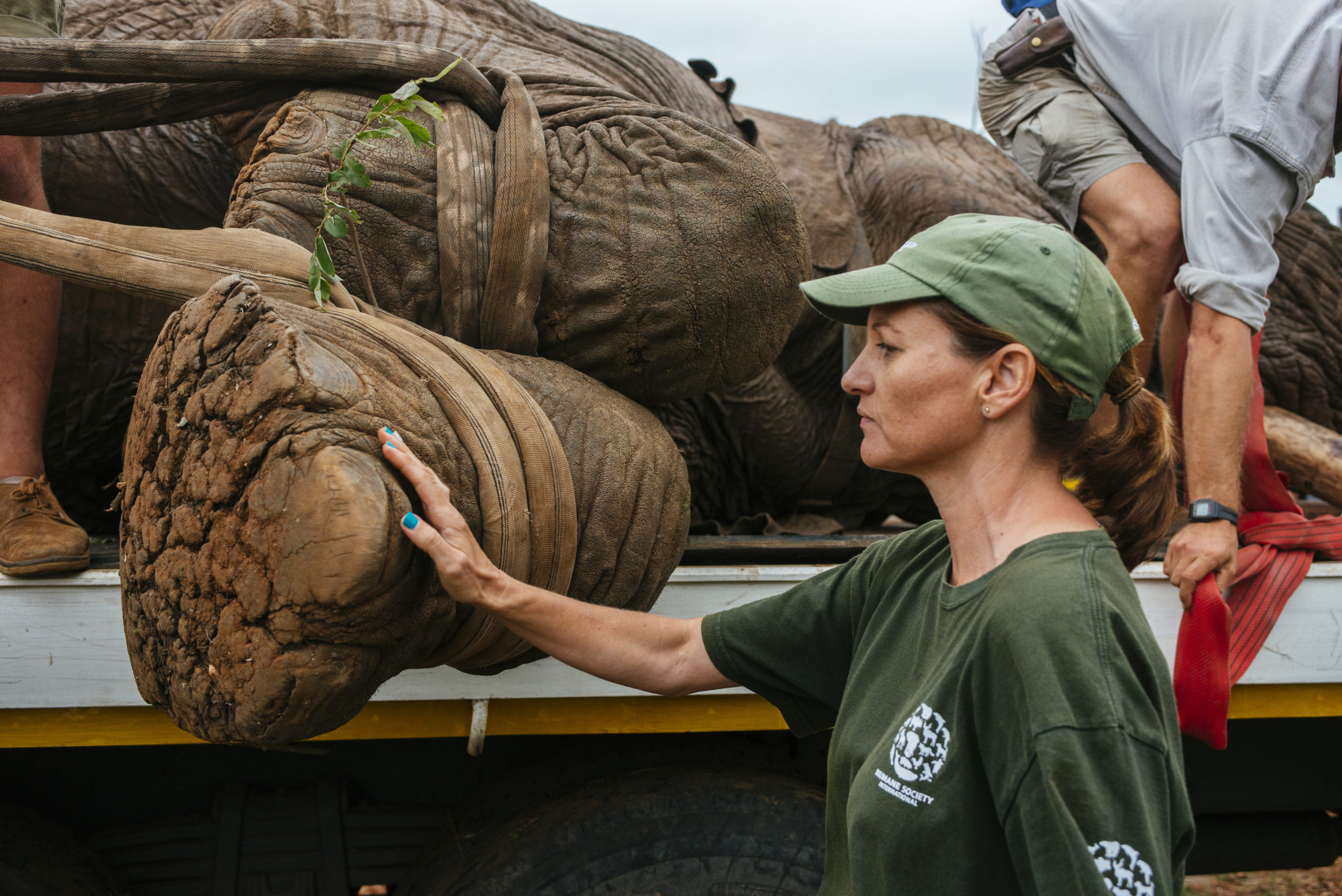 Audrey strokes the leg of a mature adult elephant bull (40-45 years old) known as ‘Riff Raff’ after being darted with an immobilizing agent during an operation to relocate him from The Greater Makalali Private Game Reserve outside Hoedspruit, Limpopo Province to a bigger game park in the province. (Waldo Swiegers/AP Images for Humane Society International)

Fertility control is a long-term, proactive management tool that reduces or stabilizes population growth. It reduces elephant population densities at a local scale, thereby decreasing the pressure on available resources and possible competition between individuals. This can help to reduce human-elephant conflict by mitigating density-dependent breakouts and sustaining the carrying capacity for the long-term.

Currently, more than 1000 cows on 32 game reserves across South Africa are treated with PZP to manage population growth rates. How many game reserves are there in South Africa that are not currently treating their cows with PZP?
This is a tricky question because there are many reserves that are open to the Kruger National Park, and are, therefore “open systems.” The Kruger does not use immunocontraception to manage the elephant population. (See below). Elephants in these systems may have seasonal home ranges, which may include the Kruger. We have identified an additional 20 – 25 reserves outside of Kruger, who are not currently administering immunocontraception.

What do these preserves do, if anything, to manage conflicts between humans and elephants?
In the larger Kruger system, the way in which elephants utilize the landscape is managed through something called a “fear landscape.” This involves the use of various experimental methods to change the way in which elephants utilize their landscape and range from benign to increasingly aggressive methods to force elephants to move/not utilize certain areas. Other reserves resort to culling or hunting so-called “problem” elephants (mainly younger bulls) in an effort to reduce human-elephant conflict.

Are there any National Parks in South Africa that use fertility control to manage conflicts between humans and elephants? If not, why not?
The Addo Elephant National Park currently uses immunocontraception to manage its herd. Kruger National Park has adopted a different strategy through its fear-based landscape approach. A few other national parks are interested in implementing immunocontraception but their reserve-specific elephant management plans have yet to be signed off by the relevant authorities. As a result, no management actions pertaining to elephants can occur until sign-off is achieved. Once this is done, we are confident that a few more national parks will soon join the program. 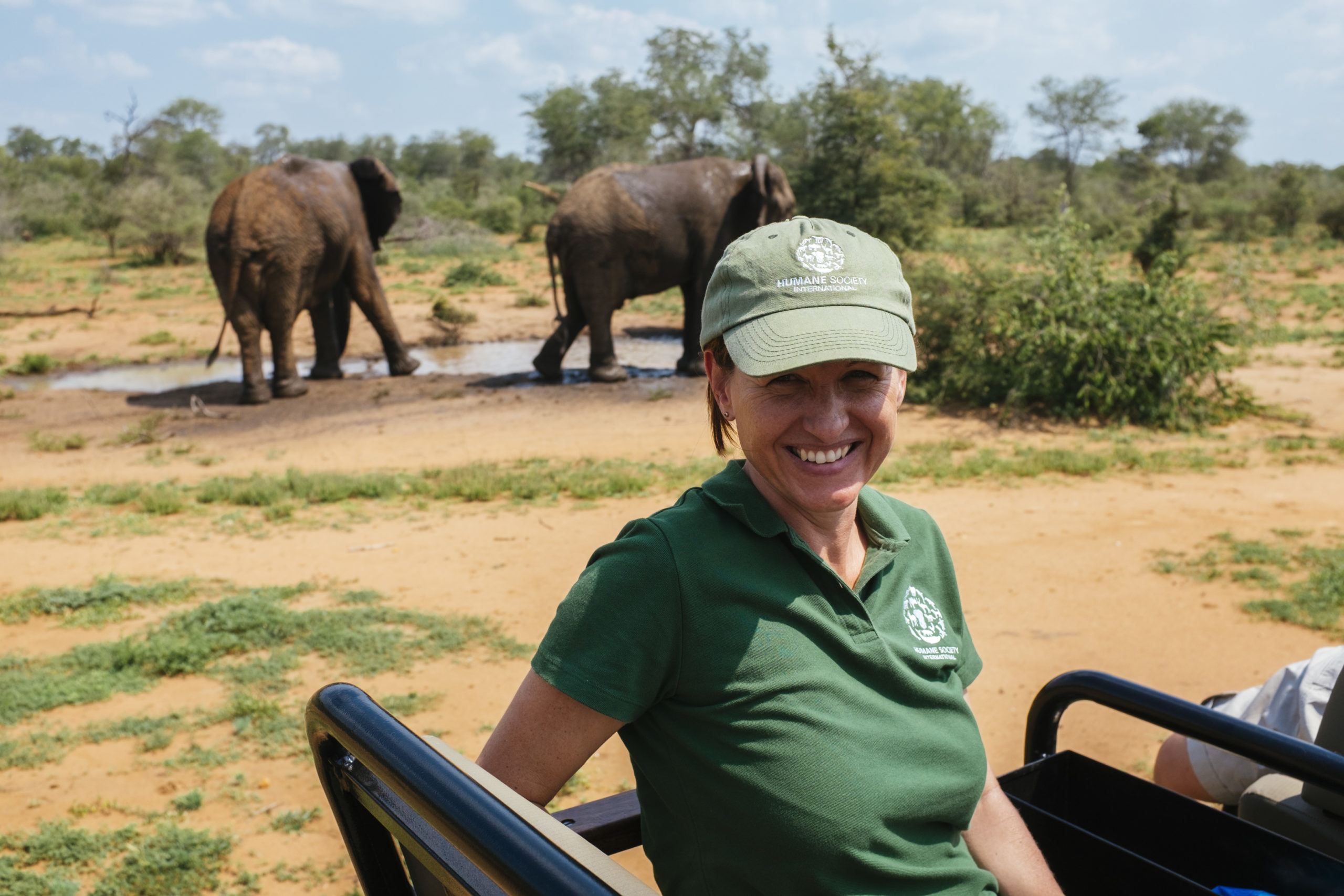 Audrey with a pair of elephant bulls beside a watering hole at the Makalali Game Reserve, South Africa. (Waldo Swiegers/AP Images for Humane Society International)

How many more preserves would you like to work in South Africa?
We are currently treating 50% of all breeding females outside of the Greater Kruger National Park system. Our aim is to increase this number to nearly 2000 females on treatment within the next three years i.e. by 86%, and the number of reserves or communities participating in our program by 65%.
Are there any other countries in Africa that are, or have expressed interest in, using PZP to manage conflicts between humans and elephants?
Yes, a number of African elephant range states have expressed an interest in using immunocontraception and we are exploring the logistics to facilitate this.

What about Asia? Describe some of the conflicts between Asian elephants and humans in countries like India. Has India expressed interest in using PZP to manage conflicts between humans and Asian elephant populations?
A newly emerging field is the use of immunocontraception in Asian elephants to manage these populations and reduce human-elephant conflict in the long-term. Whilst the elephants in Asia are not confined by fences, their movements are largely confined to a few pockets joined by narrow corridors where human densities or activities are lower. As elephants move between these pockets, they come across human settlements and crops. These crops are nutritious and easy to reach, and this causes conflict.

Fertility control within these populations would reduce densities at a local scale and therefore reduce the need for increased resource use (and therefore expansion of ranges further away from natural forests/protected areas into human settlements) as population numbers increase. India, Borneo, and Thailand are some countries that are interested in working with us but as immunocontraception has not yet been trialed in free-roaming Asian elephants, we are working on research and development techniques and logistics.

Audrey Delsink oversees the Humane Society International’s wildlife campaigns in Africa, including work to champion the protection of wildlife which includes humane population control alternatives and human-wildlife conflict solutions, and to challenge the captive lion breeding industry. She is also responsible for HSI’s Back to the Wild program, which facilitates the release of compromised indigenous wildlife back to protected preserves. In addition, Audrey has served as Field Director for the world-renowned African Elephant Immuno-contraception Program since 2000. She has been actively involved in both national, provincial and private elephant management, and together with the immune-contraception research team, has helped to shape policy and legislation regarding wild African elephants in South Africa, most notably through the gazetting of the Norms and Standards of Elephant Management in South Africa (2008).  She worked as the Research Ecologist at the Greater Makalali Private Game Reserve for 18 years and together with her husband, she managed the 30,000 ha Big Five private nature reserve. She continues to oversee MSc and Ph.D. research projects on protected reserves, with co-authorship on numerous peer-reviewed publications. Audrey is currently completing her Ph.D. at UKZN’s Amarula Elephant Research Program. With her vast elephant conservation and management experience, she is a specialist member of the Elephant Specialist Advisory Group. She was recently listed on Treeshake’s top 76 most influential South African voices speaking up for the environment